Here’s the thing–I’ve been meaning to start a YouTube channel, but I don’t have a proper space set up to make any videos. I spent like three hours trying to record last night, first with my iMac, then with my phone when I couldn’t get the lighting to cooperate. I either started rambling or spoke too fast, and got frustrated when I couldn’t figure out how to edit the videos on my iPhone. I’m going to wait to make them until I get my office set up–something I’m really excited about because I am now officially an MFA Fiction student at Southern New Hampshire University. I deserve a new desk, haha! And an office, which I have been in the process of cleaning for the past few days. It’s taking a long time because it was a storage room, and I will be yanking up old carpet and knocking out the closet.

Also, Hank (my Mastiff) kept slapping me for attention. Can’t have that when I’m trying to make a video, right?

That brings me to this post–The lovely Jayne Easton (her video is here) on Twitter tagged me in the All Hallow’s Write Tag, and I still wanted to do it because I thought it would be a lot of fun! The tag was originally created by Sam Kasse.

#1 – Provide a BRIEF description of your novel before starting.

The Empire of Bilran and island of Callahadrice have been at war for three years because the Queen rejected the King’s son proposal to her daughter. Still, in love with Princess Adara, Prince Artenance seeks the help of the Goddess of Blood and Winter, Xylorcia, wherein she offers him a “gift” in order to help him protect his love from the King’s sudden power play to kill the royal family on the island without considering the consequences.

#2 – Don’t use the same character for more than 3 answers.

It’s Halloween night! What is your protagonist dressed up as?

Adara would dress as Faith the Vampire Slayer. She’s a brunette, snarky with a dark side, and is fed up with kings and princes trying to take over her island.

Who in your cast refuses to dress up and shows up at the Halloween party without a costume?

That would be Art’s second, Evander. Evander is a no-nonsense military man. He would hate costumes because he wouldn’t be able to spot the enemies vying for the death of his Prince.

Which character wears the most outrageous costume, and what would it be?

Xylorcia. She would show up in either a meat dress or worse—covered in the blood of her sacrifices. (I also might be a Lady Gaga fan). 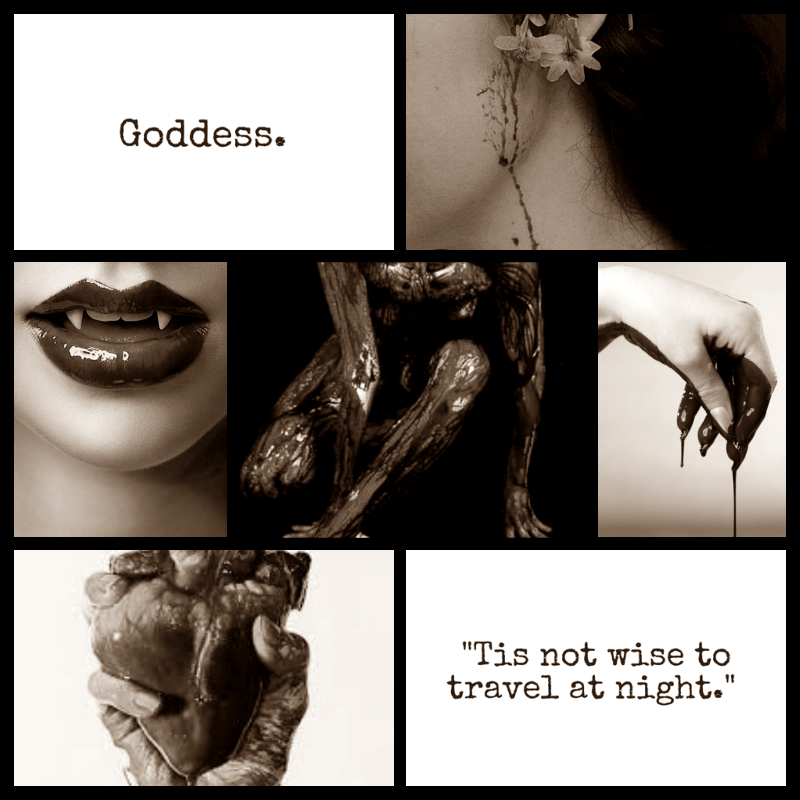 On Halloween, werewolves, vampires, and zombies are on the prowl. Which of your characters gets caught in their clutches, and which creature do they subsequently turn into?

That would be Artenance—he doesn’t know how to stop traveling at night.

Who wins the contest for best costume?

Who hands out toothbrushes to the trick and treaters?

That would be my witch, Adradia. (Wow, I really need to change their names! Side Note: I created most of these names when I was a 14/15-year-old kid who had no idea how to write or properly format a novel. I finished that novel when I was 19, and I’m finally revisiting these characters for NaNoWriMo. All names that begin with “A” will be changed before I start the novel on November 1st.) She is a very A-type personality and wouldn’t want anyone to get a cavity.

Which two of your characters decide to pair up and do an angel/devil costume together?

That would be Axel (Adara’s little brother) and Ciya (Evander’s little sister). Ciya is sweet until you propose to her, and Axel is eager to spill blood.

Someone is too scared to even attend the Halloween party. Who is it?

Lord Yatah. He thinks he’s all that and a bunch of grapes until it comes to facing a real live goddess (i.e. Xylorcia).

Who overdoses on Halloween candy and ends up sick?

That would be Axel—he loves his sweets. I might have to give him an obsession with pastries in the novel!

Which character is most likely to place a curse/hex on someone and who would they curse?

Adradia would TOTALLY hex Artenance because she thinks he is a pompous ass who has no right to demand marriage to the princess.

That’s it for the writing tag! I’m tagging Kalesjha Wolf, J.A. O’Donoghue, Dan Beliveau, and Lindsey Frantz. You would all have a lot of fun with this, I think!!! I especially can’t wait to see Lindsey’s answers because her debut novel, The Upworld, released this past summer under Line by Lion Publications and it was a freaking awesome book.